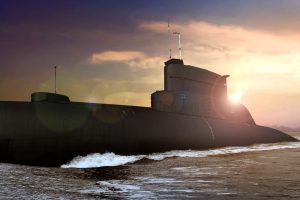 Whiskey On The Rocks

Dramacorp’s chief content officer Patrick Nebout and creative director Henrik Jansson-Schweizer will executive produce, while the company is in the process of recruiting the creative team and finalising its co-production model for the project, which is based on a notorious incident that nearly escalated into a full-blown war between Sweden and the USSR.

In 1981, a Soviet U-137 ‘Whisky’-class submarine ran aground on rocks deep inside Swedish territorial waters — right in the middle of a sensitive Swedish naval exercise. This extreme breach of sovereignty led to a Cold War stand-off between Sweden and the USSR that took 11 days of high-stakes negotiation to resolve.

A Scandinavian and international cast will star, while the series will also be one of the first European dramas to use the next-generation in-camera and VR technology pioneered by Luscasfilm and Disney on The Mandalorian.

“Our initial thought was to turn Whiskey On The Rocks into a straight political thriller, but the more we dug down into the story — which is not only amazing but often amazingly absurd — the more we realised it was better suited to a dramedy; something closer to The Death Of Stalin or Veep than Thirteen Days,” said Patrick Nebout. 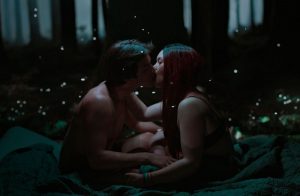 ‘Trickster’ sells in US

The 6 x 60-minute series, which was originally created for Canada’s CBC by Cardinal producers Sienna Films, is based on author Eden Robinson’s Son Of A Trickster trilogy, telling a supernatural mystery which delves into an indigenous mythology.

The US premiere of Tricksteris planned for 12 January 2021 on The CW Network, followed by the SVOD release on AMC’s Sundance Now and Shudder, which will air the director’s cut of the series after completion of The CW’s broadcast run.

A second season has already been greenlit by CBC and the series has also been sold to Sky in the UK, NITV and SBS On Demand in Australia, Globoplay in Brazil and KinoPoisk in Russia

Jonathan Ford, MD at Abacus, commented: “With its focus on diversity and a unique form of storytelling Trickster will have strong appeal to global viewers particularly the elusive younger adult audience. We are delighted that North American audiences will have the opportunity to access the series on multiple platforms.” 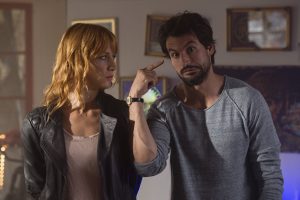 CBS back to work on ‘Einstein’

US network CBS is back in development with its adaptation of German drama series Einstein.

She begrudgingly partner with a Boston homicide detective to help solve the city’s most puzzling of crimes, and to address problems ever-present inside the police institution.

The original series was produced by Zeitsprung Pictures for Sat.1 in Germany and ran for three seasons, with this new version set up by Tariq Jalil’s Intrigue Entertainment, and CBS Studios.

Red Arrow Studios International has sold the German series to over 100 territories, and handles worldwide distribution of the format and finished tape.

Joel Denton, acting president at Red Arrow Studios International, said: “We are delighted that Einstein is back in development at CBS with such a talented team. The changes to the format for a US audience promise to reveal new layers in the show, and we are excited about this new series moving forward.”