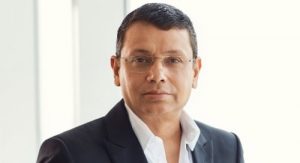 Disney’s Asia Pacific president Uday Shankar is stepping down from his position after 18 months in the role.

Shankar, who was also chairman of Star and Disney India, joined the Mouse House in February last year having previously been president of 21st Century Fox in Asia.

He moved into his most recent role after Disney acquired the entertainment assets of Fox, but said he would be stepping down to “give back” to his country and assist new entrepreneurs.

During his tenure, Shankar oversaw the rebrand of streamer Hotstar which is now known as Disney+ Hotstar and one of the major players in the region’s highly competitive OTT ecosystem. Prior to Fox, the exec was CEO at Star India and before that worked at India’s TV Today Group.

He will work with Disney’s direct-to-consumer and international chief Rebecca Campbell – who replaced TikTok-bound Kevin Mayer earlier this year – to find his successor.

Shankar said: “For some time now, I have been contemplating the question of how I give back to the country, community and the industry that have given me so much.

“I think the best way to express my gratitude to all of them will be to support and mentor a new generation of entrepreneurs as they set out to create transformational solutions that will have a positive impact on countless lives. I intend to partner with global investors and pioneers to achieve this.”

Campbell added that Shankar’s oversight of “the successful launch of Disney+ throughout the region” had helped put the Mouse House “in a commanding position in this dynamic and incredibly strategic part of the world.”

She added: “His vast experience and expertise have been invaluable in bringing together a strong, cohesive APAC leadership team to chart a path forward for our streaming businesses in the region and beyond.”