Disney to wind down kids’ channels in UK 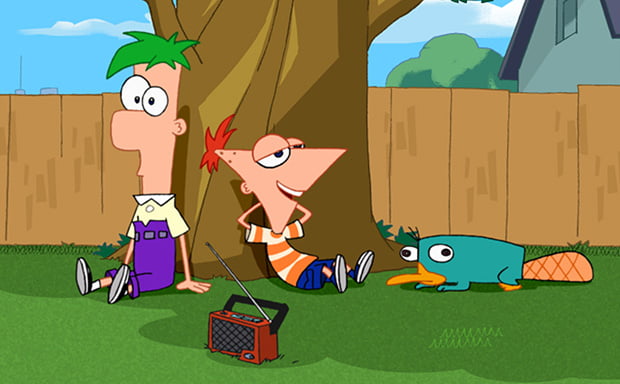 Phineas & Ferb will be among the shows moving to Disney+

The Walt Disney Company (TWDC) is to close Disney Channel, Disney XD and Disney Junior in the UK, with all content being made exclusively available on Disney+ instead.

The move comes after the Mouse House was unable to agree on new carriage deals with pay TV platforms Sky and Virgin Media and viewing of linear TV among UK kids continues to fall.

The trio of channels will go dark at the end of September. TWDC said in a statement: “From October 1, Disney+ will become the exclusive home for content from Disney Channel, Disney XD and Disney Junior in the UK.

“The direct-to-consumer service, which garnered more than 54.5 million subscribers worldwide in its first seven months, will now premiere all the latest films, series and specials from the three Disney channels, along with offering a rich and expansive back catalogue of Disney channel titles in the UK, including Mickey Mouse Clubhouse, Descendants 3 and Phineas & Ferb.

“The Walt Disney Company remains committed to our kids’ channels business and continues to execute distribution agreements for Disney channels in many markets where Disney+ is also available, with the goal of giving our fans multiple entry points to our storytelling.”

The move comes after TWDC had pledged to continue to invest in its linear brands, but only as long as it made financial sense to do so following the launch of its D2C service. In the UK, TWDC’s other linear channels, Nat Geo and Fox, will remain on air.

TWDC CEO Bob Iger said last year the media giant had a “balancing act” to do in terms of its shift to D2C while maintaining its traditional linear TV operations.

“Obviously, we’re also setting ourselves up in a way to be probably more resilient than any of our competitors should the traditional side erode so significantly that it’s not as viable as it has been as a business. That would enable us to pivot pretty quickly by moving even more product from the traditional channels to the non-traditional channels,” Iger said.

Meanwhile, David Levine, VP of kids’ programming for Disney Channels in Europe Africa, UK and Ireland, is set to leave the firm, where he has spent the past 16 years, next week.

The news of the three channels’ closure was first reported by the UK’s Broadcast.