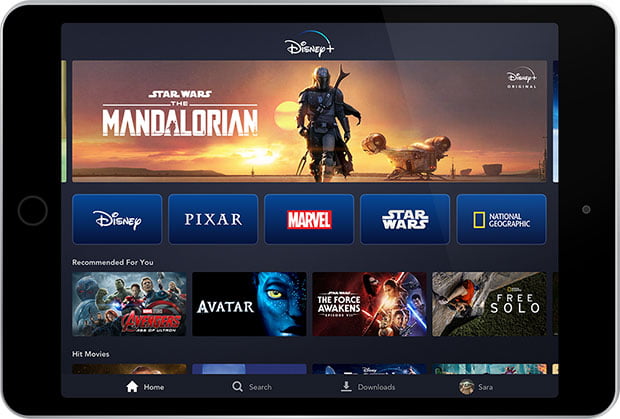 Disney+ as it appears on a tablet

Disney+ has reached 50 million paid subscribers globally since its launch five months ago, The Walt Disney Company (TWDC) has revealed.

The service, which is now available in more than a dozen countries, has been well received following its original launch in the US, Canada, Australia, New Zealand, the Netherlands and Puerto Rico last year.

Since then, it has launched in the UK, Ireland, Germany, Italy, France, Spain, Austria and Switzerland, while additional Western European markets, including Belgium, the Nordics and Portugal, will follow this summer.

Additionally, Disney+ became available last week in India, where it is offered in conjunction with the existing Hotstar service, and already accounts for approximately eight million of Disney+’s 50 million paid subscribers.

The plan had been for Disney+ to launch in India through Disney-owned SVoD platform Hotstar’s service in line with the beginning of the Indian Premier League cricket season at the end of March, but this was delayed by the coronavirus pandemic.

However, the rise in social distancing and many countries being on lockdown has been identified as a huge opportunity for streaming services such as Disney+.

The service features 26 original series alongside library content from brands such as Disney, Pixar, Marvel, Star Wars, National Geographic and The Simpsons.

“We’re truly humbled that Disney+ is resonating with millions around the globe, and believe this bodes well for our continued expansion throughout Western Europe and into Japan and all of Latin America later this year,” said Kevin Mayer, chairman of Walt Disney direct-to-consumer and international.

“Great storytelling inspires and uplifts, and we are in the fortunate position of being able to deliver a vast array of great entertainment rooted in joy and optimism on Disney+.”