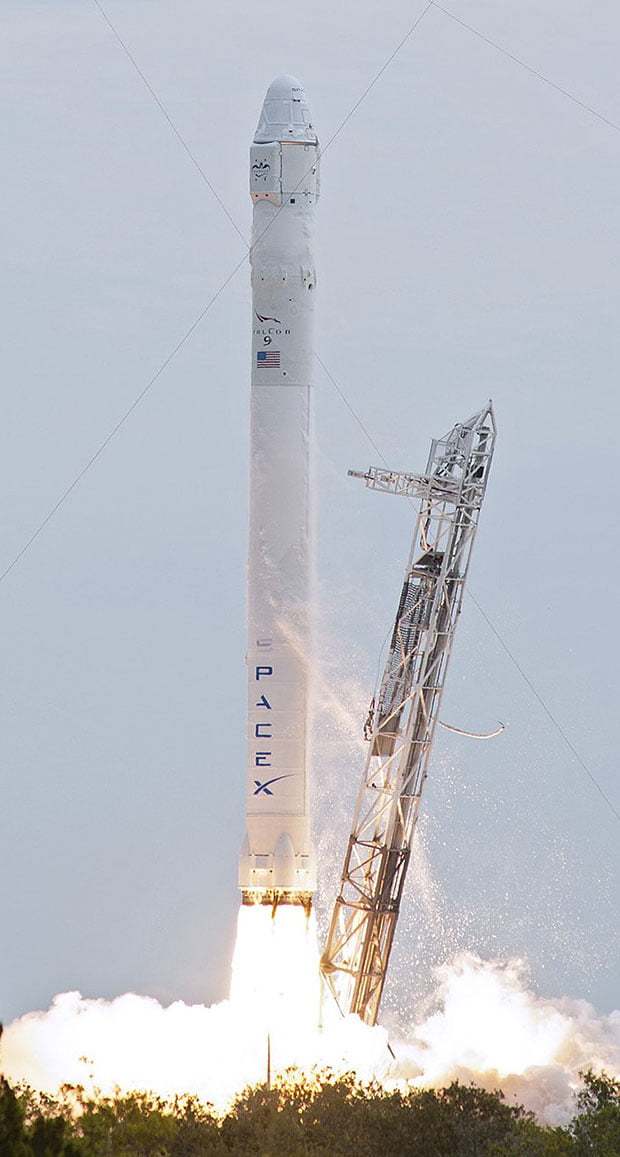 A SpaceX Falcon9 rocket launching in 2012

Space Launch Live: America Returns to Space will be a live multiplatform event that will take viewers along on the mission to launch veteran astronauts Bob Behnken and Doug Hurley to the International Space Station via the rocket and capsule manufactured by Elon Musk’s SpaceX.

Discovery and Science’s coverage will feature commentary from astronauts and engineers, and will also include special guests such as pop-star Katy Perry, Mythbusters’ Adam Savage and former NASA engineer Mark Rober.

The launch will be broadcast live on May 27 from the Kennedy Space Center in Cape Canaveral, Florida.

The live broadcast will also be accompanied by two-hour documentary NASA & SpaceX: Journey to the Future. The doc goes behind the scenes with SpaceX and NASA employees as they prepare for the launch, and provides unprecedented access to launch control and the NASA and SpaceX headquarters.

NASA & SpaceX: Journey to the Future is produced alongside The Washington Post and journalist Christian Davenport. It will premiere on May 25 on Science Channel and will air the following day on Discovery Channel.