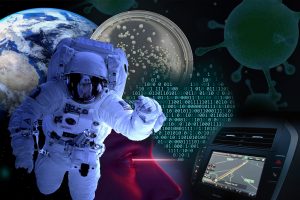 A World Without NASA

UK distributor DCD Rights has secured a raft of sales for non-scripted programming with platforms and broadcasters around the world.

A World Without NASA, which was produced by Go Button Media for Curiosity Stream, has been picked up by Da Vinci Channel for Russia, Poland, Turkey, Asia, Middle East, Eastern Europe, Africa and the Baltic States, as well Prima Group for the Czech Republic, Emirates Cable TV E-Vision for the Middle East, Virgin Media for the UK, and RAI for Italian Speaking Europe.

Six-part series Phantom Signals, also produced by Go Button Media, originally for Science Channel, has also been picked up by Discovery for Spain & Andorra and for the A+E Networks UK channel Sky History in the UK, Gibraltar and Malta.

DCD Rights CEO Nicky Davies Williams commented that the company was “definitely seeing an upswing in acquisitions of our factual and factual entertainment series from a wide group of international platforms and broadcasters.” 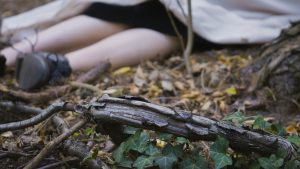 German distributor ZDF Enterprises (ZDFE) is shopping Lawless, a new documentary about post-war Germany in the 1940s that it has co-produced with local prodco Februar Film.

Originally produced for ZDFinfo and ZDF.History, the documentary is currently in post-production and will deliver in spring 2021. It is available as either a 2 x 50-minute series or a 1 x 50-minute special.

Lawless explores the horrific brutality and crimes committed in Germany during 1945-1949 as the country lay in ruins, following the end of the Second World War and features contributions from leading experts such as US historian and author, Scott Krause, and Russian historian and human rights activist, Nikita Petrov, as well as criminal investigators.

Myoung Woo Lee (Backstreet Rookie) is attached to direct, with Soon Kyu Kwon (Warrior Baek Dong Soo) to write. Actors Soo Hyun Kim (It’s Okay To Not Be Okay) and Seoung Won Cha (A Korean Odyssey) will star. It will be co-produced by Studio M, Chorokbaem Media and Gold Medalist.

The original Criminal Justice series, created by Peter Moffat, told the story of young man’s ordeal after he is accused of a murder he cannot remember committing. It has previously been remade for the US market as the HBO miniseries The Night Of, as well as Indian adaptation Criminal Justice: Behind Closed Doors. A French adaptation is currently in production for TF1.

Andre Renaud, SVP of global format sales for BBC Studios, said: “The dual stories of crime and punishment that are explored in Criminal Justice remain universal and, at its heart, bring to life the test of one person’s humanity inside a system they can’t fully understand. We are committed to distributing and presenting this drama to as broad an audience as possible for fans in Korea and around the world.”