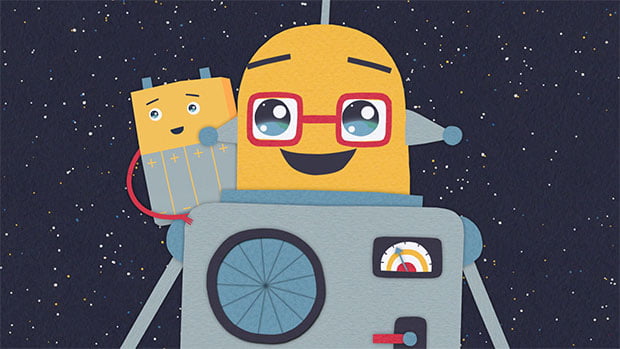 Kosmix is aimed at four- to eight-year-olds

Directed by Vojtěch Dudek and Klára Jůzová and aimed at four- to eight-year-olds, the series follows the adventures of a loveable, brave and curious robot as he explores the universe in his own space travel TV show.

It comes as fellow Dandelooo series Stinky Dog (52×13′), commissioned by public broadcaster France Télévisions, is set to launch on the pubcaster’s SVoD platform Okoo this week.

Coproduced by Dandelooo, Folivari, Panique! and Pikkukala, Stinky Dog is based on the books written by Colas Gutman and illustrated by Marc Boutavant.