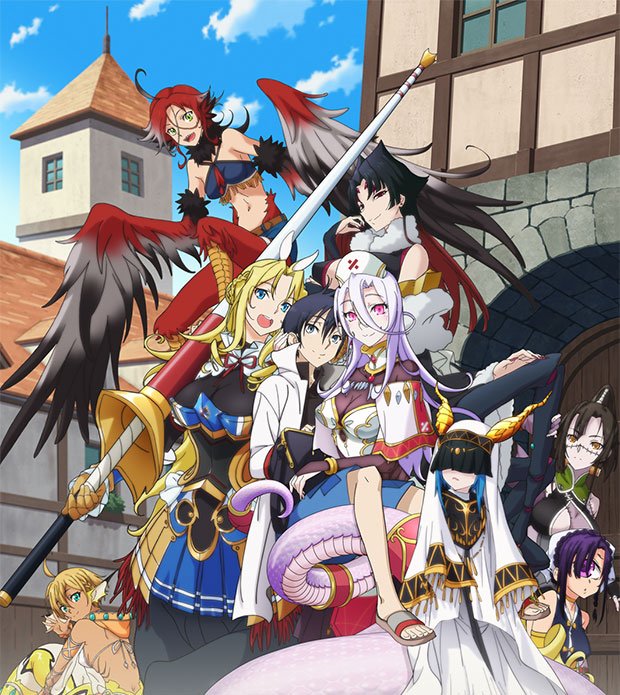 WarnerMedia-owned US anime streamer Crunchyroll has added nine series to its line-up.

Launching this summer is Monster Girl Doctor, a medical fantasy in which a new young doctor helps monster girls living in a world where humans and monsters co-exist.

Arriving on the platform in October are With a Dog & a Cat Every Day is Fun, about a hardworking dog and scary-faced but lovable cat, and Crunchyroll original Tonikawa: Over the Moon For You, a comedy about married life.

Meanwhile, two further instalments of That Time I Got Reincarnated as a Slime will premiere on Crunchyroll in July and November, respectively.

Coming to Crunchyroll in 2021 are the second season of How Not to Summon a Demon Lord and original series So I’m a Spider, So What?, in which a high-school girl is reincarnated as a spider monster in a fantasy world.

Also coming soon are Ex-Arm, in which a police officer and her android partner infiltrate the illegal trading of unknown weapons in the year 2030; The Hidden Dungeon Only I Can Enter, which follows the son of an impoverished noble family as he trains in order to visit a legendary dungeon; and Onyx Equinox, where a young Aztec boy is saved from death by the gods and chosen to act as humanity’s champion.