Content piracy has increased significantly since social distancing and lockdown measures were enforced in March, according to a UK technology company. 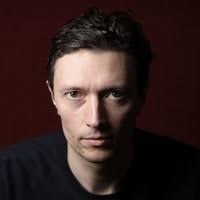 Italy saw the largest increase in traffic to online film piracy sites in late March, with a 66% increase, followed by India (63%) and Spain (50%).

Muso said the “unprecedented increase” in visits to online film piracy sites in the last week of March reveals that, as more countries enforced lockdown and required citizens to self-isolate, demand for content via piracy grew exponentially.

Andy Chatterley, CEO of Muso, said: “Piracy or unlicensed consumption trends are closely linked to paid-for or licensed content. So, just as Netflix has seen large subscriber gains, we have seen a significant spike in visits to film piracy sites.

“We will continue to monitor the data closely as the pandemic continues. Whilst these numbers give a snapshot view of piracy data, there are significant deeper insights to be found across our full data set.”