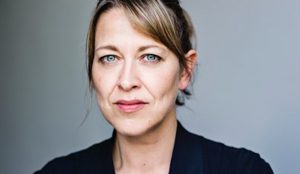 UKTV-owned Alibi has linked up with PBS drama strand Masterpiece in the US to adapt a radio show for TV.

Annika (6 x 60 minutes) is based on the eponymous BBC Radio 4 drama, written by Nick Walker, and follows a detective inspector exploring a series of murders in Scotland.

The show will star Nicola Walker (The Split, Unforgotten) and is being produced by Black Camel Pictures for Alibi and All3Media International. The series is due to air on Alibi in 2021 and marks its fourth original.

Sky One in the UK has ordered a local version of dating format from NBCUniversal International Studios-owned Monkey.

Dating No Filter is an eight-parter that originally aired on NBCU’s US network E!. It follows a group of singletons sent on blind dates by comedians who then offer commentary on the interactions. The format is sold by NBCU Formats.

UK- and Spain-based producer BlackBox Multimedia has partnered with The Mediapro Studio on a co-production of a new medical drama.

58 Seconds is from Jeremy Brock (The Last King of Scotland) and Paul Unwin (Breathless), who both created the world’s longest running medical drama Casualty.

The new series follows the private and professional lives of a group of humanitarian relief workers who volunteer to go to the world’s most dangerous and challenging places.