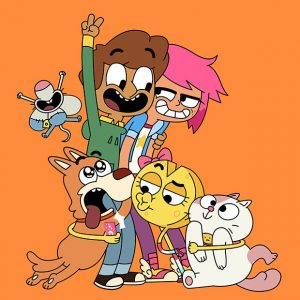 The 52×11’ series is a copro from Cloudco Entertainment in the US, Watchnext Media in France and Ireland’s Kavaleer Productions, and provides an animated comedic take on a blended family sitcom.

After S1 premiered last year, a second run has now been commissioned by BBC children’s channel CBBC in the UK, RTÉ in Ireland, France’s Gulli and De Agostini’s DeAKids and KidsME in Italy.

Meanwhile, Super RTL in Germany has acquired the first season.