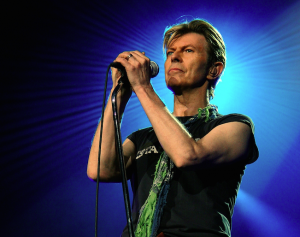 LA-based Cinedigm has added more than 1,000 hours of new TV and film programming to its catalogue.

The recent content acquisitions amount to over 450 films and 70 new series, including documentaries featuring music stars such as David Bowie in Bowie: The Man Who Changed The World and Elvis Presley in Elvis – A Generous Heart, as well as US television icon Betty White in Betty White: Date With Angels.

Additional highlights include Syfy Channel’s Ghost Hunters, alongside more classic offerings such as Dr. Jekyll and Mr. Hyde and Flash Gordon as well as kids and family series Babar and the Boonie Bears franchise.

Cinedigm has also begun a recent move into Spanish language programming with titles such as the boxing documentary El Boxeo, the Spanish version of Mix L.A. and the faith-based Chuckie Perez Show.

“Our team has worked over the last few months to fill our library with quality content that will resonate with both streaming platforms and audiences alike,” said Yolanda Macias, EVP of Cinedigm Entertainment Group. “We expect these acquisitions will excite and attract new viewers while taking advantage of vastly increased consumption during the calendar fourth quarter, the strongest period of the year.”