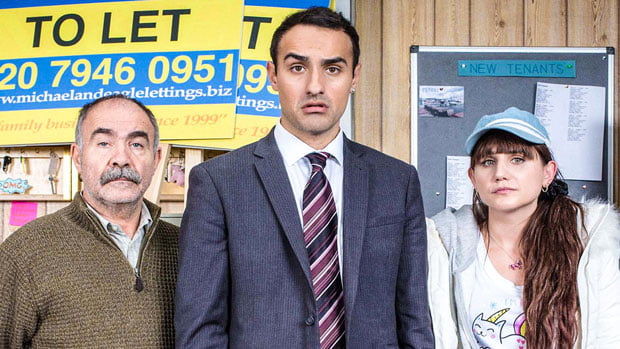 Chernobyl, The End of the F***ing World and Stath Lets Flats took home two gongs each at the British Academy Television Awards (Baftas) over the weekend.

Following seven wins at this year’s Bafta Craft Awards, Chernobyl, the drama based on the nuclear disaster, won the Bafta for best miniseries, while the leading actor award went to star Jared Harris.

The End of the F***ing World, the dark comedy drama, was named best drama series, with first-time nominee Naomi Ackie claiming the supporting actress prize, the first Bafta of her career.

Following his success at the Television Craft Awards for best comedy writer, Jamie Demetriou won the Bafta for male performance in a comedy programme for Stath Lets Flats, which also won for scripted comedy.

Elsewhere, the awards, which recognised programmes and performances from 2019, saw Glenda Jackson win in the leading actress category for Elizabeth is Missing, her first television role for more than 25 years. Jackson previously won a Bafta for her performance in Sunday, Bloody Sunday in 1972.

Will Sharpe, a first-time winner, was honoured for his performance in Giri/Haji in the supporting actor category, while Mo Gilligan won his first Bafta for entertainment performance for The Lateish Show with Mo Gilligan.

First-time nominee Sian Clifford won in female performance in a comedy programme for playing Claire, the older sister of the titular character in Fleabag.

The Misadventures of Romesh Ranganathan won in the features category, while Brain in Gear was named best shortform programme.

Ava DuVernay won the second Bafta of her career with When They See Us, the US crime drama series based on the true story of the Central Park Five, in the international category.

Emmerdale was awarded the Bafta for soap and continuing drama, while The Left Behind won the single drama category.

The special award was presented to Idris Elba OBE (The Wire) in recognition of his career and his commitment to championing diversity and new talent in the industry.

Sponsor Virgin Media’s must-see moment, the only award voted for by the public, was won by last year’s Gavin & Stacey Christmas special, for the scene in which Nessa proposes to Smithy.