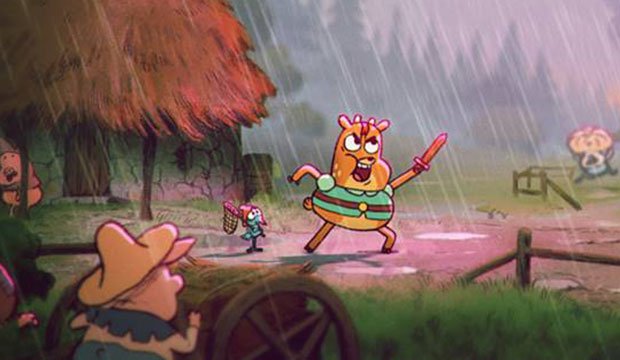 The Heroic Quest of the Valiant Prince Ivandoe

Cartoon Network EMEA has greenlit a series based on its shortform brand The Heroic Quest of the Valiant Prince Ivandoe.

Created by Danish animators Christian Bøving-Andersen and Eva Lee Wallberg, the comedy series of 10×3′ shorts now has an order of 20×11′ episodes. The brand was first launched in 2017 as part of an interactive web game.

The series is being developed and co-written with executive producer Daniel Lennard.

Lennard also oversaw development on The Amazing World of Gumball, on which Bøving-Andersen and Lee Wallberg began their animation careers, and Cartoon Network Studios’ Apple & Onion.

The show tells the tale of a delusional young prince who has embarked on an epically silly quest to Eagle Mountain, in search of the legendary Golden Feather.

The series is the latest European original to be commissioned by Cartoon Network and will be produced in partnership with Copenhagen-based Sun Creature Studio, which also produced the shorts.