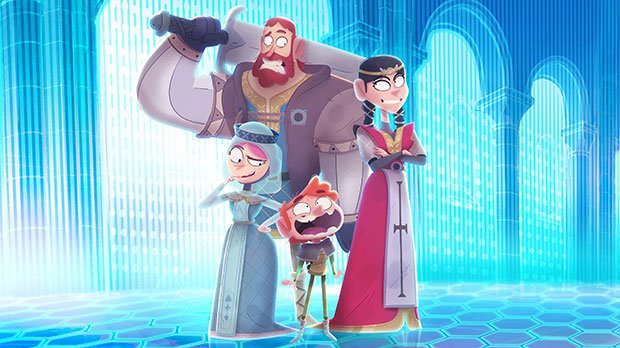 Canal+ in France has boarded an animated/live-action hybrid TV series aimed at families and children from Paris-based Cross River Productions.

Currently in development, Virtual Past (13×26′) is described as a serialised comedy about a modern family who play a virtual reality game that takes them back to the Middle Ages.

The artistic team in place for the series includes Jean-François Henry and Jacob Henry, with direction from Pascal David and graphics from Yann de Préval.

The cast and director for the live-action elements of the show are currently being sought, the producers said.

Cross River is currently in production on the second season (12×3′) of Handico – the series that answers questions about disabilities for children – alongside French educational public service Lumni.

The company is also working with toon studio Xilam on Boon & Pimento, a shortform 30×90″ cartoon, and short film Journey With My Dad alongside Mor Israeli, plus a pilot based on teen/adult book series Little Cheeky by Capucine Lewalle and Benoît Drigny.