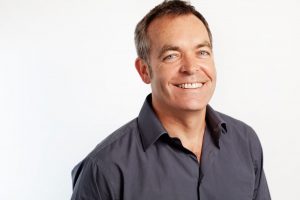 Australia- and UK-based distributor and producer Beyond International (BYI) has been given the greenlight to proceed with its £2.1m ($2.6m) acquisition of non-scripted specialists TCB Media Rights, despite the latter’s founder opposing the takeover.

The shock deal, which emerged last week, saw Beyond striking a deal for Paul Heaney’s TCB with the administrators of Kew Media Group (KMG). The acquisition is being completed via Ireland-based Beyond Entertainment and will see the company acquire TCB’s entire share capital.

The court documents detail that there were 99 “potentially interested parties” at the start of January, when the sales process began. That was whittled down to 35, which gained access to a virtual data room, with two offers then received.

The Beyond deal was struck via Kew’s administrators FTI Consulting Canada, which filed a raft of documents revealing that Heaney had made a counter offer with TCB exec director and partner Dina Subhani.

In the filings, Heaney refused to provide his consent to the Beyond deal – which TBI understands was thought to have been required as part of the agreement struck when the company was sold to Kew – and he also questioned Beyond’s financial capabilities.

However, FTI said Beyond’s offer was 5% higher than that received from Heaney and would be in place by 31 March. The deal amounts to a £1.52m payment for TCB shares and a £578,000 payment to cover debt owed to Kew Media.

“TCB Media Rights’ extensive catalogue of non-scripted factual programming is extremely complementary to ours, with many of the same customers worldwide and ongoing relationships with producers in the UK, USA, Canada and Australia.”

It remains to be seen how the two companies will combine, but Borglund added: “Beyond Distribution and TCB Media Rights will continue to operate as full-service distribution companies for the foreseeable future, and I am looking forward to welcoming the TCB Media Rights team to the Beyond Group.”

In a filing to the Australian Stock Exchange last week, Beyond Entertainment said it would use its existing cash and debt to fund the deal, which equates to less than 10% of its current assets as of 31 December, 2019.

TCB was set up by Heaney in 2012, who five years later sold the company to Kew Media Group. The latter went into administration last month, leaving TCB to look for a way to extricate itself from Kew.

Kew was placed into administration at the start of March, with its directors – including founders Peter Sussman and CEO Steven Silver – leaving the company. FTI Consulting was then appointed as administrators at Kew, whose future had been in doubt for several months.