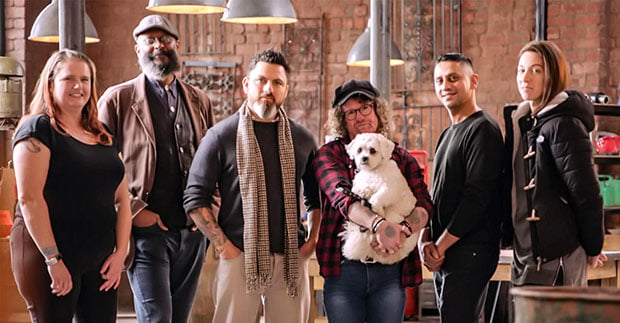 Mend it for Money has been given a 20-episode season

UK broadcaster Channel 4 has commissioned a full season of antiques restoration show Mend it for Money for its daytime schedule, following a successful pilot episode that aired in April.

Mend it for Money sees two of the UK’s top craftspeople go head-to-head by pitching their plans for bringing collectible and antique objects back to life.

The two restorers must estimate how much profit the restored item will make when sold and agree a profit-share deal with the owner, before the owner chooses which restorer they would like to take on the challenge.

Channel 4 has commissioned a 20×60’ series of Mend it for Money, which will be made in Scotland as a coproduction between Chalkboard TV and Glasgow-based sister company Storyboard Studios.

Mike Benson and Simon Cooper will exec produce for Chalkboard, while Natalie Humphreys is taking on the same role for Storyboard.

Kate Thomas, commissioning editor for Channel 4 Daytime, said: ”I am incredibly proud of the success that the Mend it for Money pilot had when it went out in peak back in April. It got 1.4 million viewers and performed 6% above slot average.

“This show really resonated with our audience because of its distinctively Channel 4 flavour, plus its warm and diverse cast of restorers, all of whom are completely new to TV and yet utterly brilliant. I’m looking forward to working with Chalkboard and Storyboard to bring this back for a full series, with even more beautifully shot high-end restorations and charming twists.”