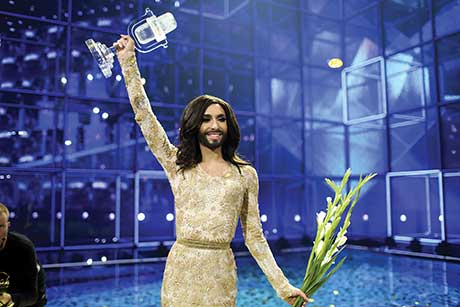 Broadcasters around Europe have revealed their alternative Eurovision broadcasting plans following the cancellation of this year’s Song Contest.

Three live shows broadcast from Rotterdam on May 12, 14 and 16 had been planned, but the annual event’s cancellation left European pubcasters with holes to fill in their schedules.

Dutch pubcasters NPO, NOS and AVROTROS are producing a new show, Eurovision: Europe Shine A Light, to air in place of the final in primetime on Saturday May 16.

The programme will feature all 41 songs, in a non-competitive format, as well as “providing plenty of surprises for fans and viewers at home,” the pubcasters said. The show will be hosted by Dutch Eurovision presenters Chantal Janzen, Edsilia Rombley and Jan Smit.

The show also intends to bring together 2020’s artists, from their locations across Europe, in a performance of a past Eurovision hit, with amended lyrics appropriate for the current situation.

Meanwhile, Austrian broadcaster ORF has confirmed it will air The ESC Video Edition Challenge, hosted by Andi Knoll, on April 14, 16 and 18 in primetime slots.

Ukrainian broadcaster UA:PBC has started a campaign on Instagram using the hashtag #EurovisiOnline, asking people to send in their favourite Eurovision songs, which will then be published on the Instagram channel of Eurovision Ukraine.

In the UK, BBC Studios will produce a special Eurovision broadcast, Eurovision: Come Together, on Saturday May 16 in place of the final.

The show will feature classic Eurovision performances, a look at what would have been in 2020 and celebrity interviews, including with this year’s UK entry, James Newman.

Eurovision is also introducing a new series on its YouTube and other social media channels titled Eurovision Home Concerts, which will see musical artists perform for fans from their living rooms.

Meanwhile, Banijay Group-owned Brainpool, TV host and producer Stefan Raab and Germany’s ProSieben have devised a new live singing competition of their own to replace this year’s Eurovision. The Free European Song Contest will air live from Cologne on May 16.