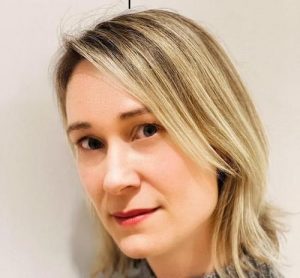 Jones joins the Tin Roof Media-owned prodco as executive producer, with a remit for winning business and executive producing projects as she helps to expand Blink’s factual slate.

Before joining Blink, Jones co-founded Antidote Productions, where she was responsible for originating and executive producing the company’s slate for broadcasters and networks in the UK and North America.

She has previously secured commissions and produced for BBC One, BBC Three, Channel Four, National Geographic, Discovery, PBS and Smithsonian, with credits including Professor Green: Suicide And Me for the BBC and Generation YouTube for National Geographic, among numerous others.

Justine Kershaw and Dan Chambers, creative directors of Blink Films, said Jones already had several projects in development and pre-production, including “an ambitious series” for an unnamed global streamer.

“With recent high-profile successes for platforms and broadcasters in the UK and internationally, this feels like the ideal time to expand our team and keep the momentum going.”

Jones added: “I’ve really enjoyed working with Justine and Dan in the past and the opportunity to join up with them again was too good to turn down. Blink has an incredibly talented and creative team across development and production and I’m relishing seeing what we can make together.”