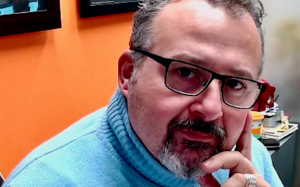 International prodco Blackbox Multimedia and Italy’s Leader Produzioni have teamed up to adapt novelist Luis Sepúlveda’s Diary Of A Sentimental Killer as a TV series.

Battling his broken heart as he tries to maintain the level of professionalism contract killing requires, the hitman grows increasingly fascinated by the mysterious target he is supposed to kill.

The series will be distributed by LatAm-based EO Media Distribution.

“Sepúlveda’s Diary of Sentimental Killer is one of those rare books which blends humour with the darker side of the human psyche. The killer is a middle-aged man on the eve of his retirement … a man from another time, who observes the world around him changing, striving and struggling to hold onto a reality that is slipping away from him,” enthused Giuliano Papadia, CEO of BlackBox Multimedia.

“The book is an ironic ode to the noir genre, and with our partners we are keen to celebrate Sepúlveda’s unique voice and create a global, high end television classic which will build a bridge between Europe and Latin America.”

Producers Raffaello Monteverde, Cristina Zucchiatti and Lorenza La Bella at indie prodco Leader Produzioni have been behind international co-pros including Indiscretion Of An American Wife for Life Time, The Vivero Letter for HBO and Body Of Deceit for Showtime.