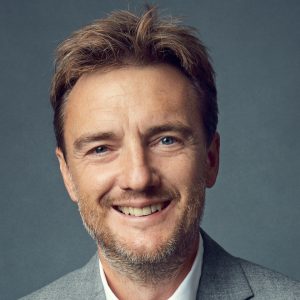 BBC Studios (BBCS) has introduced a four-pronged strategy designed to improve diversity and inclusion across its production division, including a 20% target for those both on- and off-screen.

The move, which follows similar initiatives from firms including ViacomCBS, is designed to see BBCS Production “proactively broaden its talent pool on both sides of the camera and enhance representation of audience groups across programme-makers.”

The strategy includes the ‘inclusion rider’, which sees BBCS Production committing to a minimum target of 20% of its on-screen talent and production teams on all new BBC and third-party UK commissions coming from a Black, Asian, Minority Ethnic (BAME) background, having a lived experience of a disability, or being from a low-income background.

It becomes effective immediately and applies to every new commission from the business’s scripted and unscripted teams across drama, comedy, factual (including the Natural History Unit), factual entertainment and entertainment.

There will also be an additional commitment to target at least one senior role on scripted and unscripted production teams being appointed from one of the backgrounds above.

LGBTQ+ talent also form part of the on-screen inclusion rider commitment but not off-screen teams, as BBCS Production has already exceeded this target.

A new year-long trainee assistant producer programme (TAPP) is also being funded, aimed at developing the next generation of content-makers, while a mentoring programme with ScreenSkills is being launched, designed to help under-represented talent at assistant producer/script editor level or above.

Finally, BBCS is creating a short film for schools covering all the behind the camera roles in drama, entertainment and factual to inspire potential talent from all backgrounds to pursue a career in the TV industry.

BBCS’ director of content, Ralph Lee, who will lead the initiative, said: “As the UK’s biggest producer of content, my ambition has always been that BBC Studios Production leads the way in levelling the playing field for anyone wanting to join and thrive in our industry.

“These initiatives are by no means a magic bullet and we’re also doing a lot of work on culture and education to make our teams more inclusive. The talent in front of and behind the camera will give perspectives that will shape our content, making it more authentic and universal in its depiction of our audiences – and ultimately its appeal with them.”

BBCS’s diversity data, including separate lines for production and distribution, are published as part of the BBC Annual Report. The inclusion rider’s progress will also be recorded via industry methods such as Diamond, while BBCS is also developing a diversity and inclusion plan, to be launched globally in January.