BBC One checks in for Gordon Ramsay-fronted gameshow ‘Bank Balance’ 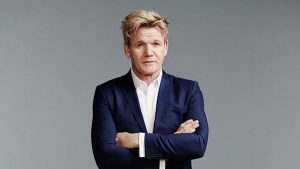 BBC One in the UK has ordered a new primetime gameshow hosted by celebrity chef Gordon Ramsay.

Bank Balance has been devised and produced by Studio Ramsay and is described as “a high-stakes, high-pressure game show where contestants test their poise, precision, knowledge and nerve to succeed to build themselves a fortune – or see it come crashing down in an instant.”

The show will mark the first gamneshow host role for Ramsay, who has previously fronted shows including Hell’s Kitchen and Kitchen Nightmares.

The show was commissioned by Kate Phillips, controller of the BBC’s entertainment commissioning, with Jo Wallace executive producing. It has been devised and produced by Studio Ramsay’s Fernando De Jesus, Tom Day, Sam Smaïl and Bronson Payne, with Ramsay and chief creative officer Lisa Edwards exec producing. Filming will begin later this year.

Phillips said: “Bank Balance is a great format where contestants need to balance nerve with knowledge. And Gordon will be a formidable and unforgettable host.”

Ramsay added: “This is going to be truly epic. It is such an intense game with so much jeopardy to win big and lose even bigger, where the difference between failure and success is always in the balance. I’m so happy to be working with the fantastic team at the BBC and cannot wait to get in the studio and start stacking those gold bars!”

Bank Balance will join fellow primetime entertainment offering I Can See Your Face on BBC One. The latter – a remake of the hit South Korean music format – was created by CJENM and will debut in 2021.