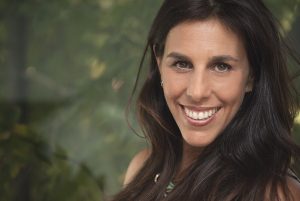 Banijay Rights has rejigged its operations in Latin America, Canada and Germany with a series of exec changes, which will see former Endemol Shine International (ESI) exec Michelle Wasserman handed an expanded remit.

Wasserman will now add responsibility for finished tape sales to her existing role covering format deals across the continent, taking on the title of SVP of Lat Am, Brazil and US Hispanic.

She had been a key figure for ESI prior to its acquisition by Banijay last year and took on her most recent format-focused position as part of Banijay Rights’ new-look global team, which was revealed by TBI.

Wasserman is based out of Miami, along with Ivania Zamora, who has been appointed VP of Lat Am. She most recently worked for Fintech Americas and before that worked for Endemol Shine.

The rejig will also see Veronique Verges, who has worked on Lat Am and US Hispanic finished tape sales for the past decade, joining the EMEA team as SVP of German-speaking territories, Poland & Hungary. She is now based in London and reports into Tim Mutimer, EVP of EMEA.

She left her role in Latin America last month, after striking a variety of deals totalling 1,600 hours with companies including Amazon, Turner and Discovery.

Other changes see former Insight Productions’ exec Jane Rimer being confirmed as SVP of Canada, a position she took up late last year. Rimer, who joined Endemol Shine in 2019, has since struck deals including sealing the first iteration of Celebrity Big Brother in French Canada.