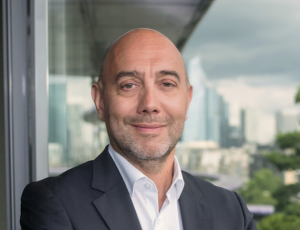 Blot’s responsibilities include leading the prodco’s unscripted operations, with a remit to increase creativity and the firm’s IP pipeline.

He worked at the company until 2016, when he moved to Warner Bros. International Television Production France, which he also helped too launch.

Blot’s arrival comes six months after the exit of Endemol Shine France’s president Nicolas Coppermann and the appointment of François de Brugada as CEO of the production giant’s operations in France.

Brugada, a former head of unscripted commissining at broadcaster M6, oversees all operations for Banijay France, recently expanded following the completion of the Endemol Shine deal earlier this year.

Brugada said: “For the past 10 years, [Jean-Louis] has demonstrated a strong ability in anticipating trends in the French market and strategically capitalising on growth and success opportunities.

“With the know-how and creativity of Endemol Shine Production, the amazing tank of ideas that is the Banijay catalogue, and Jean-Louis leading, I am confident in our company’s future.”