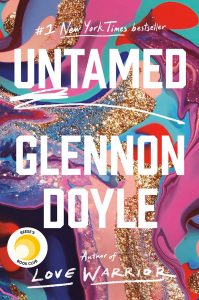 Untamed will be produced by Bad Robot in association with Warner Bros Television, with Abrams and Bad Robot’s head of television, Ben Stephenson, exec producing.

“We were incredibly moved by Glennon’s story of coming to live more honestly, bravely and fully, embracing the messiness that comes along with change,” Stephenson and Rich said.

Doyle added: “Untamed has sold over one million copies worldwide in fewer than 20 weeks and ignited a movement because women are in a collective moment of reckoning. We are looking at existing models of marriage, parenthood, religion, business, sexuality and politics – and deciding that it’s time to let the old burn and imagine truer, more beautiful lives for ourselves, and a more equitable world for all of us.”