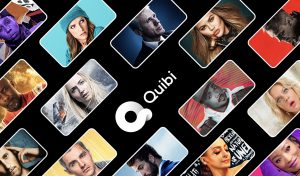 The streamer officially ceased operations in December just seven months after launching, following an admission in October that it had failed to secure subscriber interest and would be closing down.

Roku has now emerged as the leading contender to buy the rights to the slate at Quibi, according to The Wall Street Journal. The streamer had racked up a vast array of shows despite its short life, offering producers budgets of up to $6m per hour and investing in talent such as Don Cheadle, Tyra Banks and Jennifer Lopez.

Greenlights were made on projects ranging from a suicide drama courtesy of Green Book director Peter Farrelly, to a horror series from Steven Spielberg and a major blue-chip natural history show from the producers behind Blue Planet 2. However, that failed to entice subscribers.

The process of selling off Quibi’s tech and content licences has been underway for several months, as the company attempts to make back some of the $1.75bn it had raised ahead of launch from companies including BBC Studios, ITV Studios, Disney, NBCUniversal, WarnerMedia and Lionsgate.

Quibi did not own much of its IP but instead struck multi-year licences, while also allowing rights owners to re-sell their content on a non-exclusive basis two years after the show premiered. Details of the Roku potential deal remain scant, while the WSJ added that the acquisition could still fall through.

Like many AVOD streamers in 2020, Roku expanded rapidly. It struck a deal with Fox Entertainment in December that will see its streamerr Tubi rolled out on the platform in Mexico, having partnered with companies including Endemol Shine Group (now Banijay) and Starzplay earlier in the year.