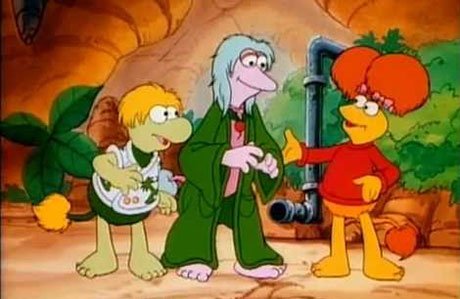 Apple TV+ is following up its recent lockdown-produced Fraggle Rock series with a reboot of the kids’ classic produced with The Jim Henson Company in association with New Regency.

The series will join its line-up of Apple originals for kids and families, which includes Fraggle Rock: Rock On!, the series of iPhone-shot shorts it released last month.

Apple said that, following the success of the recent show, it would be “reimagining” Fraggle Rock in a series that will reunite the original stars for new songs and adventures, “with the same spirit as the classic.”

Rita Peruggi (The Dark Crystal: Age of Resistance, Yo Gabba Gabba!) will produce, with Dave Goelz and Karen Prell also attached to the project. Harvey Mason Jr is the executive music producer for the series.

Fraggle Rock first aired in 1983 and has spawned an animated series as well as spin-off shows such as Doozers.

The reboot joins several other Apple TV+ shows aimed at children, such as Helpsters, Snoopy in Space and Ghostwriter.