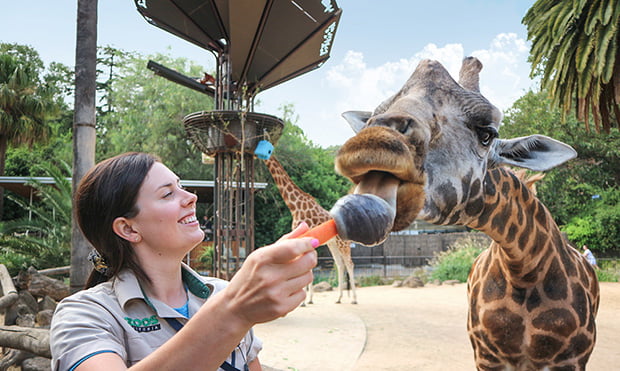 Mega Zoo was filmed partly during lockdown at Melbourne Zoo

Animal Planet in the US and TF1 in France have picked up Australian observational documentary series Mega Zoo, which producer WTFM continued to shoot during lockdown.

Animal Planet has acquired the 10×60’ series in a five-year licensing deal with distributor Fred Media and TF1 has pre-bought the show, which airs on Australia’s Nine Network.

Filmed in Melbourne Zoo, the largest and oldest zoo in the southern hemisphere, Mega Zoo promises behind-the-scenes access to some of the 5,000 animals and 700 staff.

Innovative use of camera technology, including body-harness cameras worn by zookeepers, plus the implementation of new production processes and safety protocols, allowed WTFN to continuously follow the zoo’s work even when it was closed for a period during lockdown.

The series explores the challenges and daily activities of the huge zoo during the busy summer season, and then examines how the animals and keepers adapt to life when the gates are temporarily closed to the public.

Mega Zoo will complete filming this month and is due to be delivered from late summer in the northern hemisphere.