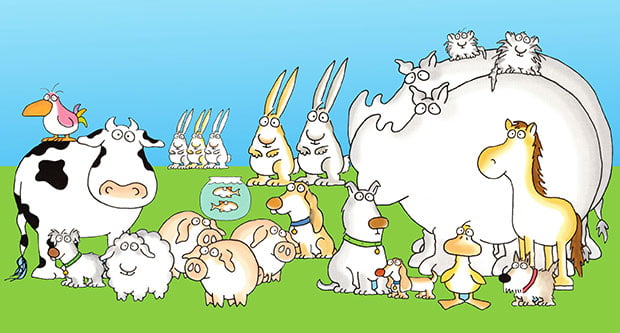 Ameba Productions is adapting the works of Sandra Boynton

Canada-based kids’ streaming platform Ameba has established a production division that will focus on adapting children’s book series for the screen, with an emphasis on digital read-along books.

Ameba Productions will partner with leading kids’ authors to produce visually engaging read-along content that children and their parents can view together.

The new division is headed by Ameba president Tony Havelka, with the creative side handled by Dave Twigg.

Havelka, CEO of Ameba and Ameba Productions, said: “We know that parents are looking to keep their kids entertained during these challenging times of staying home. Reading can offer an escape, and visually having a book read to children can offer an ideal diversion to the hum-drum of being home.”

Since 1974, Boynton has written and illustrated over 60 children’s books and seven general audience books, including five New York Times bestsellers. Her children’s board books have sold 75 million copies across four decades.