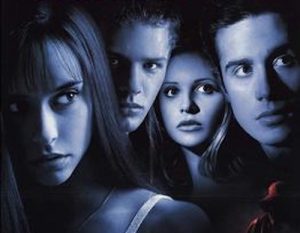 I Know What You Did Last Summer

Amazon Studios has ordered a small screen remake of the 1997 movie I Know What You Did Last Summer from one of the production firms behind the streamer’s hit superhero drama The Boys.

The reboot, which is being produced with Sony Pictures Television and Original Film, will be written by Sara Goodman and is based on the novel by Lois Duncan. It also has Original’s Neil Moritz attached, who produced the movie.

The young adult TV version will follow a similar storyline to the film, which starred Sarah Michell Gellar and tracked a murderer who follows a group of teenagers a year after someone died during their graduation.

Albert Cheng, COO and co-head of TV at Amazon Studios, said: “The best horror franchises always have another scare coming and this I Know What You Did Last Summer series from Sara Goodman is a perfectly twisted update to the iconic slasher movie.

“Any way you slice it, our global Prime Video customers will love this modern take on the fan favourite film.”

Last month, it emerged that a spin-off to Amazon’s comic book series The Boys – produced by SPT, Original, Grey point Pictures and Kripke Enterprises – was in the works, featuring a new batch of young superheroes.

Amazon has reportedly been developing the project for some time, but has now been fast-tracked following the strong performance of the second season of the show on the Prime Video streaming service.