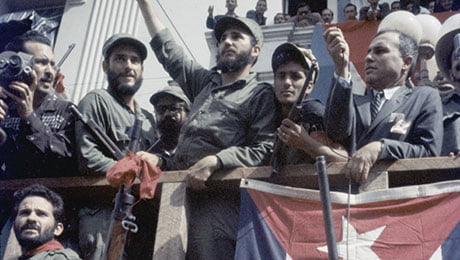 Cuba: The Revolution & the World comes from Brook Lapping

Global streaming giant Amazon has added a two-part documentary on the history of Cuba to its Prime Video service in the US.

Cuba: The Revolution & the World is a coproduction between Franco-German cultural broadcaster Arte and UK pubcaster the BBC.

It was produced by London-based Brook Lapping, part of Zinc Media, and French firm Temps Noir. The doc takes in multiple perspectives – including those of Cubans, Russians and Americans – to reveal how Fidel Castro and his compatriots contributed to changing the world.

Arte Distribution has secured sales to Amazon in the US, TV HK in Hong Kong, Fox Latin America, HRT in Croatia and Nat Geo Mundo in the US.

DR in Denmark, Planète+ in Poland, RTP in Portugal, VRT in Flemish Belgium and Sky Arte in Italy have also picked up the two-parter. These deals add to pre-sales with SVT in Sweden, CBC/Société Radio Canada and NRK in Norway.

The sales come after the film’s transmission on Arte in France. The BBC will broadcast the series later this year as Cuba: Castro vs the World in two episodes entitled The Armed Struggle and The Charm Offensive.