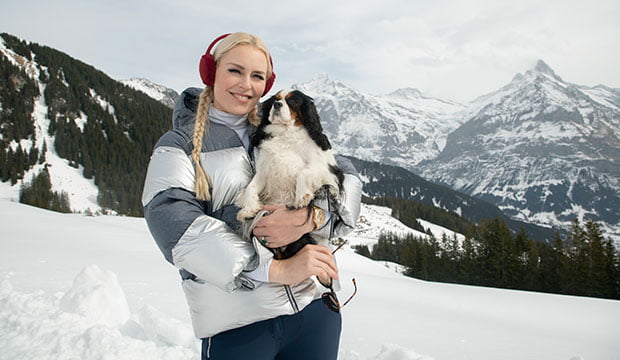 Amazon has greenlit a series based on the classic 1992 film A League of Their Own, struck a first-look deal with Grammy-winning artist Lizzo and is readying a globetrotting unscripted series for dogs and their owners.

A League of Their Own will be produced by Amazon Studios and Sony Pictures Television in association with Field Trip Productions. It comes from executive producers and co-creators Abbi Jacobson (Broad City), who also stars, and Will Graham (Mozart in the Jungle).

Amazon said the reinterpretation will evoke the “joyful spirit” of Penny Marshall’s film, which starred Tom Hanks and Geena Davis, while “widening the lens” to tell the story of an entire generation of women who dreamed of playing professional baseball.

The hour-long show takes a deeper look at race and sexuality, following the journey of a whole new ensemble of characters as they carve their own paths towards the field, both in the league and outside it.

“Will and Abbi have taken a classic movie, reimagining it for a new generation with new characters and their own fresh, modern vision on a timeless story of big dreams, friendship, love and, of course, baseball,” said Vernon Sanders, co-head of television at Amazon Studios.

In related news, Lizzo will work with Amazon Studios to create television projects that will premiere exclusively on Amazon Prime Video in more than 200 countries and territories.

The US singer, rapper, songwriter and flutist is behind hits such as Truth Hurts, Good As Hell and Juice, while since the release of her debut album Cuz I Love You, Lizzo has been named both Time Magazine and Entertainment Weekly’s 2019 Entertainer of the Year.

Elsewhere, Amazon Studios has completed production on The Pack, a global unscripted series that celebrates the unrivalled bond between dogs and their human companions.

Hosted by Olympic gold medallist Lindsey Vonn and her canine co-host Lucy, the series features 12 teams of dogs and their humans on an adventure across multiple continents, who can win US$500,000 for themselves and US$250,000 for a charity of choice.

Filmed earlier this year, the Amazon original series will launch later in 2020 on Amazon Prime Video in more than 200 countries and territories.

“The Pack is an uplifting and exhilarating new unscripted series, celebrating one of the most unique and universally recognised relationships we have – between people and their best friends,” said Albert Cheng, co-head of television at Amazon Studios.