Amazon goes to Kindergarten with Arnie 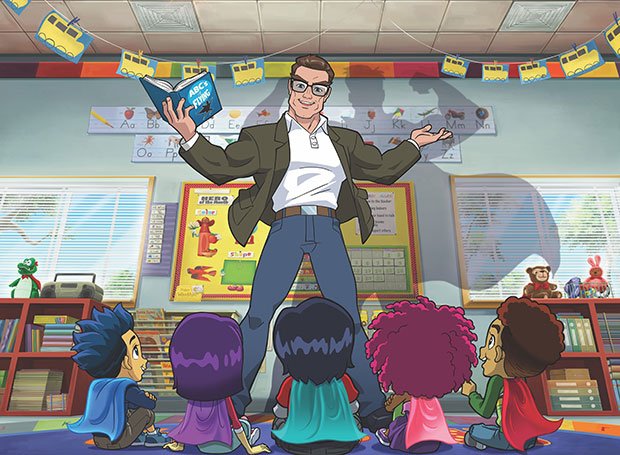 Amazon will debut the 52×11′ series, which features the voice of Arnold Schwarzenegger, in the US next spring.

The show, produced by GBI, Alibaba Group, Lee’s Pow! Entertainment and Schwarzenegger’s Oak Productions and distributed by GBI, sees the star voice a former superhero-turned-kindergarten teacher as he takes care of a new generation of super-powered five-year-olds.

“Years ago, Stan Lee and I spoke of such a project and I’m excited to finally bring great storytelling to kids around the world, which will also promote lessons of health, exercise, fitness and anti-bullying,” said Schwarzenegger.