The TV and film rights marketplace sold the rights onto Bangladeshi broadcaster TSports. 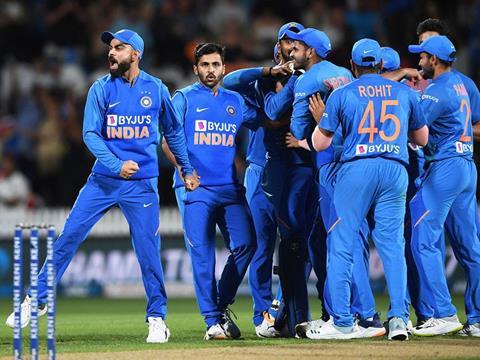 TV and film rights marketplace allrites has completed the sale of a live sports package including Premier League and BCCI home series rights.

Bangladeshi broadcaster TSports has picked up the rights, as part of its strategy to become the premier sports destination in the country.

allrites secured the BCCI rights for broadcast in Bangladesh for home India cricket matches between 2021 and 2023, which includes 13 Test Matches, 14 One Day Internationals and 20 T20 games, from Star India. The Premier League rights were picked up in a similar deal with the Indian broadcaster, before both were sold on to TSports.

Founder and CEO of allrites, Riaz Mehta, said: “We are delighted to have struck this deal with leading sports broadcaster T-Sports through our partnership with Star internationally. As part of a wider strategy around sports content, we are now in separate discussions for additional English Premier League, live cricket and other sports content as we continue to expand into other markets across the world and see a growing demand from our ever-expanding customer base.”

Ishtiaque Sadeque, CEO of T-Sports, added: “The Indian national cricket team and English Premier League football have always been key drivers for bringing in large audiences here at T Sports. We are excited to have signed this agreement with allrites, which enables us to showcase even more world-class sporting spectacles to viewers across Bangladesh and beyond. We look forward to carry this endeavor forward by acquiring more quality sports content in coming days.

allrites was created to address the pain points faced by professional content creators around the world to efficiently find the right set of buyers for their content. At the same time, broadcasters gain efficiency and ease in search and discovery of great new TV, film & sports content on a global scale. The digital marketplace also offers a complete OTT solution and content strategy consultancy for new and existing streaming services.

TSports is the first sports channel in Bangladesh. This channel is a sister concern of Bashundhara Group. T Sports will be offering its viewers all kinds of sports in Bangladesh and all over the world.

Star India is an Indian media conglomerate and a wholly-owned subsidiary of The Walt Disney Company India. It is headquartered in Mumbai, Maharashtra. It has a network of 60 channels in eight languages, reaching out to 9 out of 10 cable and satellite TV homes in India.