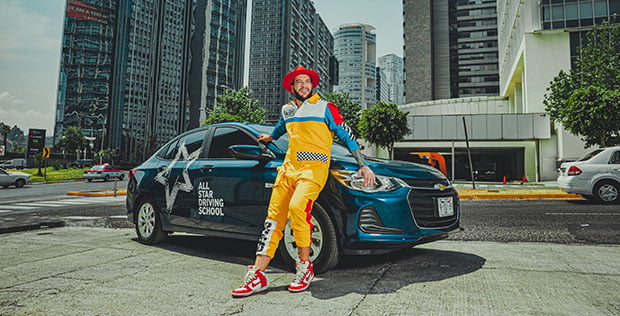 UK format All Star Driving School will launch in Mexico after prodco and distributor The Story Lab struck a deal with the Sony Channel and E! Entertainment locally.

The show, in which celebrity first-time drivers embark on an intensive driving course, was originally created by UK-based Rumpus Media for Channel 4’s youth-skewing network E4.

The Story Lab distributes the series internationally and will now take it to Mexico as part of a nationwide campaign by General Motors brand Chevrolet to promote safer driving across the country.

The 9×30′ Mexican version is produced locally by EstiloDF Studios in partnership with The Story Lab and will premiere today on the Sony Channel before launching on E! Entertainment on Thursday. It will also be available for streaming on Amazon Prime and Claro Video.

The latest sale of the format follows similar deals with CTC in Russia and Planet TV in Slovenia.

Adrian Enciso, General Motors Mexico’s advertising and promotions director, said: “Our aim with All Star Driving School Mexico is to provide Mexican people with driving techniques and guidance that will help us all become better drivers and improve road safety in cities around the country.

“This engaging and proven format combines innovative content, a high-profile cast of characters and a media strategy that will allow Chevrolet to communicate our brand message in a novel and unexpected way, across online and offline media.”