All 4 resurrects Buffy the Vampire Slayer 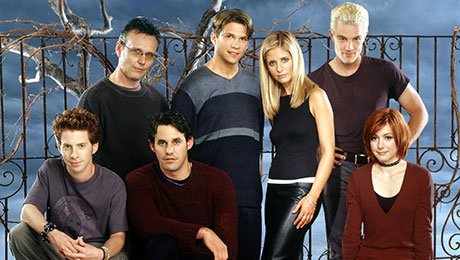 UK broadcaster Channel 4 has picked up classic supernatural drama series Buffy the Vampire Slayer from the Walt Disney Company for its AVoD platform All 4.

The series, created by Joss Whedon, originally aired from 1997 until 2003 in the US, first on The WB and then UPN. The networks later combined to form The CW.

In the UK, the show, which became a global hit, aired on BBC2. Channel 4’s All 4 will launch all seven seasons from June 1, while individual episodes will be available on weekday evenings on youth-skewing network E4.

Nick Lee, head of acquisitions at Channel 4, said: “We’re ecstatic that we get to re-live the phenomenal success Buffy The Vampire Slayer has had over the past 23 years. This, for many, is a long-awaited chance to relive this iconic series. For others, it will be a chance to experience it for the very first time and find out what all the fuss is about.”

Faced with a production shutdown because of the coronavirus pandemic, broadcasters worldwide are increasingly turning to acquisitions to fill their schedules.

Earlier this month, All 4 launched all nine seasons of medical sitcom Scrubs, which it also acquired in a licensing deal with The Walt Disney Company.

The news comes after Channel 4 said it will not be commissioning any new scripted shows for the time being, due to current commissions being postponed as a result of the pandemic.

The CW, NBC, and Fox in the US have all turned to acquisitions of completed programming to fill their fall schedules in the past month.