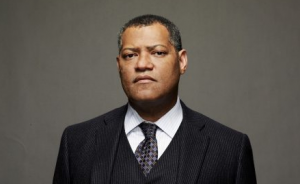 US-based A+E Networks has launched Voices Magnified, a multi-platform campaign including special programmes and short form videos that will address issues of equality and social reform in the country.

The campaign will launch with a one-hour special, Voices Magnified: Policing In America, on 30 August on A&E. Narrated by actor Laurence Fishburne, the programme will question what it will takes to transform the way that streets are policed in the US for people of all ethnicities to feel safe around those who are responsible for protecting them.

The show will feature perspectives from community leaders, activists, police and victims of brutality and comes following the deaths of George Floyd, Breonna Taylor, and others, at police hands.

“We are proud to launch the Voices Magnified campaign to elevate the stories of those pursuing solutions to the critical issues of our time,” said Rob Sharenow, president, programming at A+E Networks.

“Through long-form and short-form programming, PSAs, and partnerships, we are committed to using our platforms to shine a light on the diverse people and organizations who are bringing communities together, confronting challenges and inspiring change.”

As part of the campaign, A+E will also be supporting non-profit organisations, such as the NAACP Legal Defense and Educational Fund, that fight for social justice.

Earlier this year, A&E cancelled its hit unscripted police series Live PD, a week after pulling the show from its schedule in the wake of George Floyd’s death while in police custody.