Acorn TV to roll out in UK 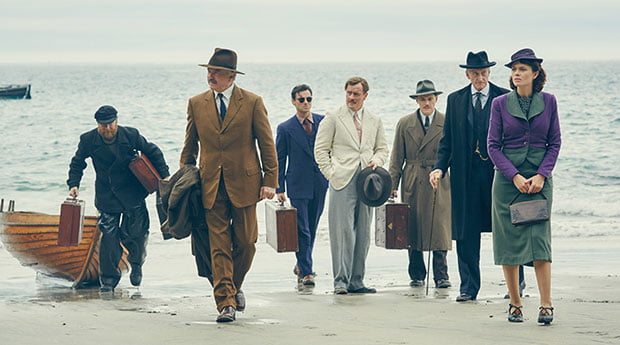 Agatha Christie adaptation And Then There Were None

AMC Networks-owned US streaming service Acorn TV is set to launch in the UK at the end of the month.

The streamer, which has so far concentrated on taking British and international series to more than one million subscribers in the US, will be made available in the UK from April 29.

Its launch slate will include ITV period drama Foyle’s War and the BBC’s mystery drama Keeping Faith, along with UK-produced Acorn TV original Queens of Mystery.

Contemporary adaptations of some of Agatha Christie’s most popular novels – And Then There Were None, Partners in Crime and The Witness for the Prosecution – are also in the line-up, while Irish period mystery series Dead Still and New Zealand thriller The Sounds will follow later in the year.

Customers can sign up via acorn.tv with a 30-day free trial for new customers. It will initially be available via Roku, Fire TV, Android, Apple Mobile and Apple TV, with a further roll-out to Amazon Channels and Apple TV Channels to follow.

The service will add exclusive new programmes every Monday and all will include English subtitles. After the free trial, Acorn TV will be priced at £4.99 (US$6.22) per month or £49.99 per year.

Matthew Graham, general manager of Acorn TV, said: “For the last eight years, Acorn TV has curated and produced the very best in global television with a diverse mix of shows from Great Britain, Australia, New Zealand, Ireland and Scandinavia, with the singular focus of satisfying a rapidly growing fanbase seeking high-quality mysteries and dramas. As one of the best values in television, Acorn TV will make an excellent add-on to British consumers’ streaming options.”

AMC Networks took ownership of Acorn in 2018 when it paid US$65m for its previous parent company RLJ Entertainment.