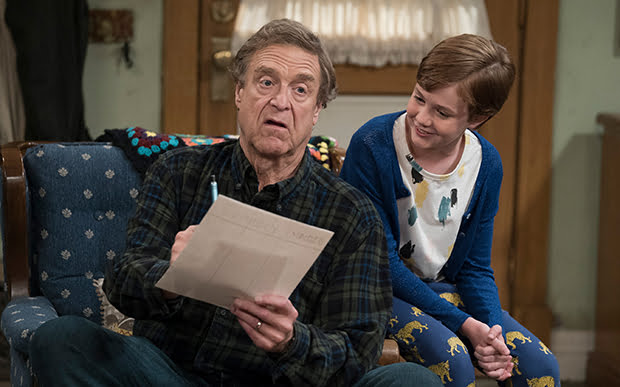 The Conners is among the shows renewed by ABC

US network ABC has revealed its slate for the 2020/21 broadcast season, with full series orders for David E Kelley drama Big Sky and Kari Lizer comedy Call Your Mother.

Big Sky comes from Kelley (Big Little Lies), who will write multiple episodes and serve as showrunner for the first season.

The thriller follows two private detectives, plus one of their estranged wives who is also an ex-cop, as they search for two sisters who have been kidnapped by a truck driver on a remote highway in Montana.

Based on the series of books by CJ Box, it is produced by A+E Studios in association with 20th Century Fox Television.

Formerly known as My Village, Call Your Mother comes from Kari Lizer (The New Adventures of Old Christine) and is a multicamera comedy about an empty-nester mom who wonders how she ended up alone while her children live their best lives thousands of miles away. It is produced by Sony Pictures Television and ABC Studios.

ABC has also renewed 19 series, including American Housewife, The Bachelor, Black-ish, The Conners, Dancing with the Stars, The Goldbergs, A Million Little Things, Mixed-ish, The Rookie, Shark Tank, Stumptown, 20/20 and Who Wants to be a Millionaire?.

“Our top priority now is to work with our studio partners to ensure a safe return to production so that we can build on the strong momentum of a winning line-up with measured bets on new series that will invigorate our air and continue to deliver the quality programming that our viewers have come to expect and love,” said Karey Burke, president of ABC Entertainment.

ABC’s fall schedule is due to be announced at a later date.