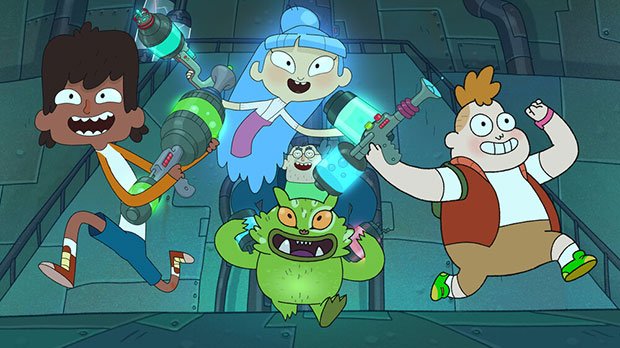 The Strange Chores (26×11’) sees two teenage wannabe heroes and a spirited ghost girl master the skills they need to replace an ageing monster slayer by doing his supernatural chores.

The first season of the show has been sold to international outlets including Sony’s Pop in the UK, the CBC in Canada, Discovery Kids in Latin America, Cartoon Network in Italy, streamer Showmax in sub-Saharan Africa, MBC in the Middle East, Junior in Israel, Disney in South-East Asia and TVB in Hong Kong.

Jon Rutherford, MD of Boat Rocker Studios, said: “The Strange Chores is a wildly funny series with strong international appeal that has struck a chord with broadcasters around the world. This second series allows us to keep global audiences entertained with another dose of [main characters] Charlie, Pierce and Que’s hilarious magical antics.”