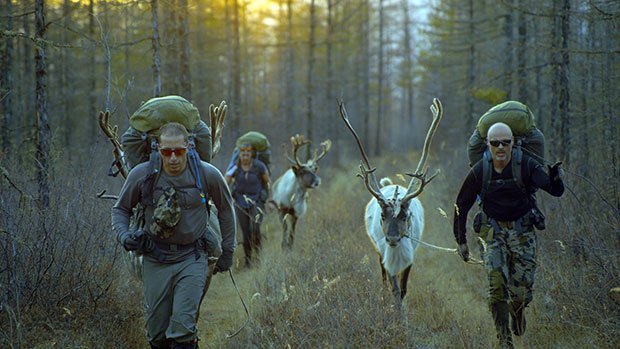 US factual network National Geographic has revealed its slate for the 2020/21 season, including a six-part documentary on the 9/11 terrorist attacks.

9/11 is from David Glover’s UK indie 72 Films and marks the 20th anniversary of the attacks.

Oscar-winning executive producers Dan Lindsay and TJ Martin (Undefeated, LA 92) have been working on the project for more than two years and aim to offer a comprehensive account of the day using archive footage, some never seen before, and new original interviews with witnesses.

Breaking Bobby Bones (working title) is a 16-part series from BBC Studios in which the US radio personality travels the US to find people with unique jobs, skills, hobbies and abilities and attempts to learn the tricks of their trades.

The slate also includes a reimagined version of flagship series Explorer, which takes viewers on expeditions around the world, from ABC News and Lincoln Square Productions.

Other new series include Race to the Center of the Earth, an eight-parter from The New Media Collective and Plum Pictures in which four teams race each other non-stop across the globe for a US$1m prize; and Trafficked with Mariana Van Zeller, an eight-part series from Muck Media that explores the inner workings of the global underworld.

To coincide with Earth Day next year, Nat Geo is launching a four-part event series about whales. From Red Rock Films and Nat Geo photographer Brian Skerry, the series filmed the lives and habits of five different whale species in 24 locations over three years.

In scripted, Nat Geo is launching the previously announced Genius: Aretha, an eight-part miniseries from Imagine Entertainment, Fox 21 Television Studios, MWM Studios and EUE/Sokolow based on the life of musical legend Aretha Franklin.

New feature documentaries include: Blood on the Wall, which explores the corruption plaguing Mexico and Central America; Rebuilding Paradise, which focuses on the impact of the 2018 firestorm in Paradise, California as locals attempt to rebuild their lives; Saudi Runaway, which follows a young woman in Saudi Arabia who recorded on her cellphone as she escaped from an arranged marriage and life controlled by her father; and Torn, in which the family of Alex Lowe, a climber who was lost in an avalanche in the Himalayas, finally put him to rest after uncovering his body 17 years later.